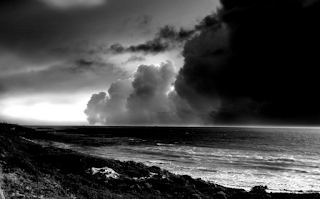 Under the heavy influence of this article, I've decided to form a Beach Noir Book Club.

The rules are simple. Should you decide to join, you just have to read one Noir-ish book every two weeks. The books should come from the list as follows, and ought to be more or less in the same order, otherwise I think it kind of defeats the purpose of a book club.. right? I don't know, I'm not really a clubby person, normally. I'm a lone wolf, like Christopher Marlowe (I guess).

Generally speaking, the list will be heavily left coast, dealing mostly with Los Angeles area beaches and cities. If anyone wants to suggest any East Coast Beach Noir, please feel free! I'd be happy to include it. 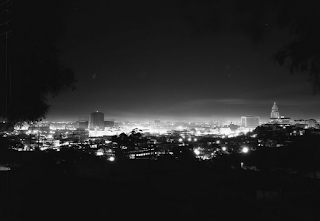 After each book is done, I'll invite readers to weigh in with their opinions via this blog. (I'll likely post my thoughts so you can either leave comments, or you can email bourbonandtea [at] gmail [dot] com if you've just thunk a whole lotta thoughts about one particular book or another.... obviously good grammar or even an above-average grasp of the English language is not a requirement to blather on Spinster Aunt, so don't feel intimidated or anything. Seriously. The bar is low here, and surveys show that 99% of this blog's readership is drunk 88% of the time.)

So, here it is, the BEACH NOIR BOOK CLUB READING LIST, and the dates we'll finish each book:

I'm also going to read Los Angeles Noir, the short story anthology edited by Denise Hamilton, whose article inspired this idea. If anyone out there wants to partake but is too busy to commit to reading seven novels, by all means you can read this anthology and join in for short story discussions if that's easier for you.

And, finally, I am open to cocktail/drink suggestions and pairings for each book. Obviously we'll start with gin gimlets for the Chandler, and then we'll take things as they come.

It's been a while since I updated my blog but I wanted you to know some amazing new stuff is in the pipeline (it may involve princesses somehow, and murder).

For those just wandering by, or stopping by for the first time, I don't want my mean review of The Raven to be the first thing you see.

So please don't judge me for watching shitty movies. Maybe read a good book instead. Or watch The Big Heat. Or click on some other links that may be about pie.

If you're really bored, you can check out a Vintage Spinster blog post about ghost stories.

In conclusion, I will always love you. The Dolly Parton version. Sorry, it's just better.

SA
Posted by Andrea Janes at 2:54 PM No comments: 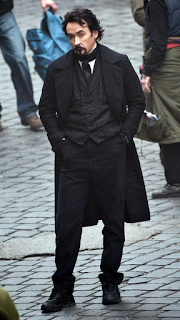 Now that I've gotten that out of the way... oh, fuck it, let's laugh some more! (Short interval. Extended laughter.) OK, but seriously folks, The Raven. The Raven!

For those who haven't seen it, the above "EMILEEEE!" refers to a memorable scene in which John Cusack screams out loud the name of his beloved. He's with a crew of police officers and they've all been instructed to call her name among the brick-walled catacombs of Baltimore's underground waterworks. Without waiting a beat, Cusack screams out the aforementioned name, as though demonstrating. Or something. I don't know. Frankly, I'm not sure what was going on there or, for that matter, throughout most of the film. The only thing I can think of is that something went horribly wrong in the editing room. How else to explain what I saw?

Yup, an extreme editing-room debacle is the only way to explain the bizarre lack of pacing, set-up, tension, and characterization demonstrated in this film. Perhaps a rough cut was screened and it was so bad the original editor committed suicide; then they tried to re-cut the film but there was so much blood on the celluloid they couldn't quite make it out so they just hacked away at little bits and pieces and voila, The Raven. It's the only possible explanation.

I can't quite recall when I've ever seen a film with less atmosphere. Truly. The Raven seems to want to open in medias res but it only succeeds in cutting short any opportunity we might've had to get to know Poe. Not that it matters, because this is an entirely fictional Poe, completely divorced from any biographic reality. Which would be fine -- I get it, it was an artistic choice -- but... why? Have you read any biographies of this guy? His life was nuts! Why wouldn't you want to throw a little bit of that madness in there? Oh sure, they toss off a perfunctory scene in which Poe tries to get wasted at a local bar and acts like an a-hole and has no money. But that's it. From then on, "Poe" bears no relationship to Poe. Too bad. Because his real life -- not sure if I made this clear -- was fucking insane. Interesting, even. Might've been a GOOD THING TO PUT IN YOUR MOVIE YOU STUPID A-HOLES!

So Poe really seems to have no drinking problems or money problems to speak of after that little episode in the bar (he does seem to teach some sort of poetry seminary for bourgeois ladies, which no doubt was highly lucrative, so he's got that going on) nor is he in any way very EXTREMELY HEARTBROKEN BECAUSE OF HIS DEAD WIFE! Pardon, I did it again. So sorry. But I mean REALLY. Virginia died while drowning in POOL OF HER OWN BLOOD not two years before and it merits only a casual mention! Casual! Why? Because "Poe" has a new girlfriend! Some horse-face named Emily!

I stared at them all through the riveting scene in which Alice and Edgar declared their love for one another (how did I know they loved each other? The dialogue. "I love you," Alice said. "I love you too," Edgar replied. I realize I am conflating Emily and Alice's names here but you know what? I don't care. Fuck you, The Raven!).

I just can't go on. I cannot bear to think about this movie any longer. John Cusack, you weren't bad. You kind of looked like Poe and it's not your fault the editor got blood all over the celluloid. Guy who played the Inspector, you were trying really hard to be in a cool movie, and I get that. Same with the fat old guy who played Emily's dad and the other guy who played the newspaper editor. And the minor character who literally had ONE SPEAKING LINE and turned out to be the killer? I'm sure your best scenes were left on the cutting room floor, awash with sinew and membrane. I'm sorry. I really felt like you all were trying your best and I don't fault you.

I suppose I can only blame the writers and the director for the hideous accident that was The Raven. Why you took an amazing character like Poe and turned him into the bland denuded "Poe" we saw on screen I cannot fathom. Perhaps you thought any connection to reality would upset the sophisticated modern moviegoer. Perhaps you envisioned us screaming, "I didn't ask for a bio-pic, motherfucker!" and then tearing the movie theater seats from their floor-bolted moorings. That if you had, say, used Sarah Elmira Royster in place of "Emily Hamilton" we'd slash the screen with switchblades and set fire to the place. I'm not sure why you thought this.

But alas, we cannot change the past now. We cannot, say, have the film open with young Virginia Clemm choking on her own blood and pulmonary fluids, in a frigid, wind-slashed, practically unfurnished cottage. We can't then follow Poe as he descends into mourning, madness, alcoholism and crushing poverty, wandering up and down the east coast, desperately plying his acquaintances and childhood sweethearts with pleas of marriage if only to save him from going mad and/or dying of starvation. No, we couldn't follow him to Baltimore where in his delirium we -- and he -- are unsure that he is not himself the killer, where the police bribe him with food and drink to help them solve the crime. No, better to have some stupid, toothy blonde be his motivation. And throw in a pet raccoon while you're at it.
Posted by Andrea Janes at 1:57 PM 2 comments: