Old-fashioned. Doesn't that have a nice, wholesome ring to it?

In a completely unrelated story, my birthday is coming up soon.
Posted by Andrea Janes at 9:51 AM No comments:

"Miss Marple Resurfaces, And This Time She's No Spinster"

According to Deadline.com, "Disney has made a deal to revive the Agatha Christie mystery series staple character Miss Marple, but with one big difference: instead of the elderly spinster who lives in the English village of St. Mary's [sic] Mead and solves mysteries as a hobby, the new configuration is for Mark Frost to script a version where Marple is in her 30s or 40s."

That's interesting because I'm adapting an Hercule Poirot mystery for the Dizneee Channel wherein he is a 25-year-old Asian man played by John Cho who can communicate psychically with elephants. He works at the San Diego zoo and solves mysteries in his spare time, when he's not riding his Harley. Also, Veronica Mars makes a bunch of cameos.
Posted by Andrea Janes at 2:04 PM No comments: 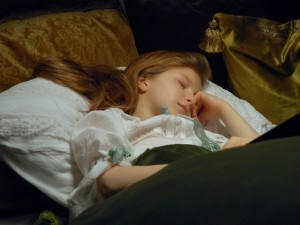 It is axiomatic that fairy tales morph with each re-telling. This narrative shape-shifting lets each new version capture new anxieties, reflect new eras; each new author adds his or her own personal stamp. Catherine Breillat’s Sleeping Beauty is no exception. As the director said in a recent interview, “When I made the film I had to ask, ‘Why me?’ I have to become part of the story. I have to be it.” With Sleeping Beauty, Breillat re-imagines the plot by starting from the most seemingly obvious point: the heroine’s dreams. (After all, what else can you do with a character whose main action is sleeping?) Breillat imagines a girl who “wanted to be daring and do things that were dangerous, forbidding, and do them in her own way.” So the passive protagonist of yore becomes an adventurer, whose soul fearlessly roams the universe as her body lies asleep in a silent chamber. Or, as Breillat puts it, this is no “a little Barbie pink dream.” This decision is both brilliantly simple and dazzlingly inspired. Whether the film always holds up to this conception is a matter of debate, but as a guiding construct it is nearly perfect.

Want more? The rest of the review is here! Aren't you angry I'm making you click something?
Posted by Andrea Janes at 6:32 PM No comments:

In Which I Celebrate Drunken Irish Novelists* 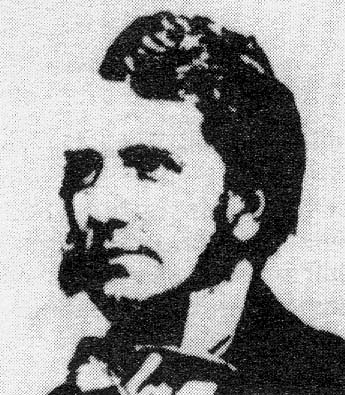 Let's take some time out of our very busy day (accomplished so far: gone to deli for milk, learned how to pronounce Justin Bieber in Spanish, drank coffee, briefly opened windows, closed them again, now eating oatmeal) to pay tribute to some of my literary heroes who also happen to be Irish!

After spending much of yesterday arguing about the correct spelling of Saint Paddy's Day (D's, not T's people!) I got to thinking about words, language, and the old sod. Apparently James Joyce didn't give a shit about spelling and made up a bunch of 100-letter words in Finegan's (sp? who cares!) Wake. I don't know, I never read that fucker. I'm just not smart enough, honestly. Anyhoo, so then I thought some more and realized that two of my all-time favorite scribes were Irishmen.

One: first love, Oscar Wilde. I had a children's edition of The Happy Prince and other Tales when I was tiny -- illustrated by Arthur Rackham, sigh.... so beautiful -- and loved, loved, loved it. Later, as a teenager, I learned Wilde was master of the bitchy one-liner, and my devotion was renewed. I still heart you, fatty.

Two: Joseph Sheridan Le Fanu. The master, the absolute master, of gothic ghost stories. Along with M.R. James, one of my very very most beloved favorites, ever! There's a very comprehensive bibliography and link to articles here, and a very nice appreciation of J.S. by M.R. here. And here's a link to one of my favorite Le Fanu stories, The Sexton's Adventure!

Some smarty-pants critics have posited that some of Le Fanu's anxieties were rooted in his fractured identity as an Anglo-Irishman. Again, I'm not smart enough to know what this means. All I know is that he totally rules, so a toast to him! Hurrah for ghost stories, hurrah for mad novelists, and hurrah for holidays on which intemperance is celebrated, nay, encouraged!

* And here's a full list of Irish references on The Simpsons! You caught that Simpsons reference, didn't you? Of course you did, clever reader! That's why you really boil my potato!
Posted by Andrea Janes at 9:17 AM No comments:

Once upon a film

There's a delightful round-up of fairy tales on film over at Movie Morlocks; it runs the gamut from classic (Cocteau) to obscure (Valerie and her Week of Wonders) to contemporary (Red Riding Hood). Insightful readings add new dimensions to old favorites (Freeway's "subtext is not about sex, but about class and taste, as it reveals the hypocrisy and condescension of the liberal middle class toward the 'unfortunates' of society..." zing!) while her list also adds at least three previously unknown titles to my Netflix queue. 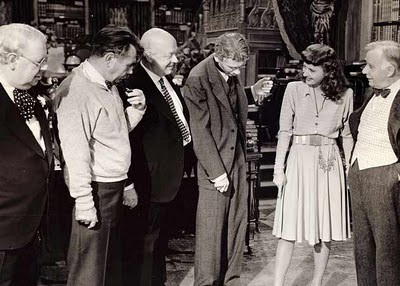 An excellent list that should inspire any fairy-tale fan, or fan of film for that matter. The only thing I might add to it might be Hawks' Ball of Fire, which bears a very loose resemblance to Snow White, as gangster moll Barbara Stanwyck hides out in a houseful of seven* mild-mannered professors who are writing a slang dictionary.

* There are eight, actually, if you count Gary Cooper, but we all know he's the Prince!
Posted by Andrea Janes at 6:37 PM 1 comment:

"Industry expert" Mark Lisanti on how fairy tales became the new comic books. Picture the phrase being uttered by a dim-witted studio exec and it actually sounds like a fairly accurate, or at least plausible, explanation. Add to that the two most beautiful words in the English language -- public domain -- and you've got yourself a trend!
Posted by Andrea Janes at 11:41 AM No comments: