Since I'm already breaking promises, I just want to post one more teensy little rant before I go on vacation.

I re-read THE PHANTOM TOLLBOOTH last night and, man, what a preachy book! I remember loving this as a kid, and I still think the movie would hold up if I could get it on DVD, but the book's just so pointed and moralistic, frankly I'm surprised that kids ate it up the way they did. It's so message-y: Don't waste time, don't misuse the English language, listen only to beautiful music (Beethoven, presumably) and not that "awful din" blah blah blah. It's so ennervating! Shut up!

The only things I still liked were marketplace and banquet in Dictionopolis, Tock and the Humbug, and when Milo conducts the sunrise (finally, some spirit, you little milquetoast! No wonder you're so boring!) ... and I have to admit I still kind of like the princesses, Sweet Rhyme and Pure Reason, because they have kind of cool names. But the "Mountains of Ignorance"? Honestly, we get it, learning is fun, now bugger off. This book is just so well-intentioned it gives me a headache.

Also, I had a very disappointing ice cream last night: Ben and Jerry's S'mores. I thought it was weird that they had it in the freezer at my local deli, since the flavour is officially in their flavour graveyard, but there it was. Reading the description, it seemed exactly like their Marsha Marsha Marshmallow, which I tried about a year and a half ago and was really disappointed with. So why buy an ice cream that already disappointed you once? Well, I figured maybe they retooled it and it would be better this time. Last time, the graham cracker swirl was this really gritty, flavourless mess, almost like someone accidentally got sand in my chocolate ice cream. And the marshmallow was forgettable.

This time they improved the graham cracker's texture slightly, making for something that was discernible as cookie-like chunks. But the marshmallow was barely noticeable again -- I like to see my marshmallow. Here is was just a swirl of light brown goo that was hard to tell apart, visually speaking, from the graham cracker. I didn't realize I was eating it at first. I was expecting marshmallow chunks, dammit. Utterly disappointing, and I don't know why they changed the name -- maybe just to retool the flavour without dredging up bad old memories -- but anyway, I don't recommend it at all. 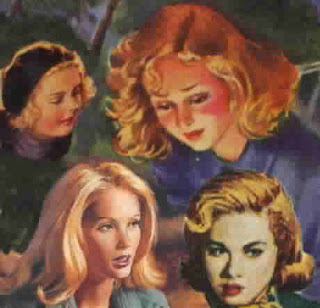 So I saw Nancy Drew this weekend (okay, opening night) and I had to break my "no posts till after Nashville" promise I made in my last post, cause it was just that good. There are certain critics and fans who did get all up in arms about the movie not being exactly like the book, which I consider a totally invalid criticism for an adaptation anyway -- it's a different medium, people -- but I have to admit I was mad at first because Emma Roberts has plain old brown hair, not titian hair and everyone knows Nancy has titian hair, goddam it. But then I managed to wrap my head around the fact that it's a new interpretation, and Nancy hasn't been around for almost eighty years by not keeping up with the times. The addition of sidekick Corky was a little weird, and I was kind of annoyed that Bess and George weren't in it at all -- then again, they weren't in some of the really early ones either -- but I got over it (the kid is pretty funny, actually). I recently re-read the Hidden Staircase, and Bess and George were nowhere to be seen.

At first I found the whole Hollywood slant is different, and somewhat inexplicable. I mean, why set it in Hollywood and not River Heights? So there are strange artistic choices that might disconcert a fan initially, but then once you think about it in terms of Nancy's revolution, it makes sense. If you're updating Nancy, what else would you do but bring her into a different mileu, a strange and modern one? It makes sense, and I think the idea of living in a haunted mansion with an old Hollywood mystery is a really fun idea. There's a crazy old butler/groundskeeper who's utterly devoted to the ghostly resident, giving it all a Sunset Blvd. kind of vibe.

Still, an adaptation should try to retain certain elements that made people love the book in the first place, and the film succeeded on this level, too. In this case, the writers managed to capture what I think the essence of Nancy would be -- not only the fearlessness for which she is known -- but also a certain earnest dorkiness that she exudes even in the books. Nancy really is genuine and sincere and kind of dweeby -- I mean, she's not tough or bad or slick or rebellious; she's earnest and a daddy's girl, and never gives it up to Ned (I mean, Nickerson keeps his knickers on, honestly) so I think it was they really pulled it off.

I actually ended up liking Emma Roberts' performance a lot more than I thought I would. There are some really cute line that she delivers in a high-pitched deadpan, and she manages to be such a smart, high-achieving kid you can't help but like her. It's a fun movie and I think the writers did right by Nancy and purists who complain about putting a little pop culture in their good old Nancy need to relax. After all, she's probably resistant to it anyway. I love how her father just wants her to be a normal teenager, and she can't quite get that going on. It's delightful to anyone who grew up nerdy -- that would be me, and, well, most everyone I know -- and I cannot express the sheer joy of watching Nancy trying not to sleuth and doing things like posing Ned and her friend as revolutionary war heroes for her oil painting. When her father asks her what she's doing she cheerily replies, "Just normal teenage things!" Trust me, this will resonate with you if you were every an sincerely nerdy teenager.

This movie gets total Spinster approval. We should all take our nieces to see this.
Posted by Andrea Janes at 5:26 PM No comments:

Oh my, is it June already?

Do you ever find yourself standing in the kitchen washing dishes and thinking about Charles Coburn? 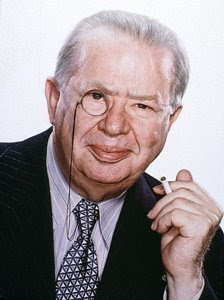 I just think he's cute is all. I love that monocle. I loved him as Piggy in Gentlemen Prefer Blondes, and I loved his role in The Lady Eve. I love the fact that he didn't start acting until he was sixty. And then I remembered -- because I did actually know this at some point -- that he was born in June and I had to look it up and there it was: June 19th.

Aside from the great feeling I get from being right about stuff, I also happily remembered a bunch of other people I love are also born in June, folks like Rosalind Russell (June 4) and Hugh Laurie (June 11). Incidentally, Marilyn Monroe (June 1) and Jane Russell (June 21) were also born in June, meaning basically the whole principal cast of GPB (on my top ten list of my favorite movies ever).

I notice this blog has degenerated into a list of people I like who happen to have birthdays. I'm not sure why that it. Maybe it's just because every once in a while I stop drinking long enough to figure out what day it is.

I wouldn't expect more posts for a little while, since I'm going to Tennessee for a bit. There's some distilleries I need to visit. Look for a spinster travelogue when I get back.
Posted by Andrea Janes at 5:46 PM No comments: