This is a particularly irritating article. It's an embarrassing little thing, which, neither a music or a travel piece, displays an incredible laziness and ignorance as it purports to be both.

Here's the gist of it: old country is better than new country. Unless you're talking about alt. country or Americana. In which case, it's OK to like it. Also, smoky bars are cool.

Good. Now, in case you want to call bullshit on it, and would like another voice to add to your chorus of support, R. Emmet Sweeney is with you all the way.
Posted by Andrea Janes at 7:04 AM No comments: 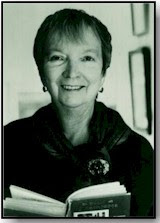 When I came to New York four years ago, I brought only a handful of books with me. One was Pale Fire, one was Strunk and White's Elements of Style. And one was A Swiftly Tilting Planet. I still have that book, and I still consider it one of the most important in my library. So I had to stop and reflect when I heard that Madeleine L'Engle had passed away this week.

The love that Madeleine L'Engle's Wrinkle In Time series inspires in its readers is evident in the obituaries that surfaced for the 88-year-old writer. Her "childhood fables, religious meditations and fanciful science fiction transcended both genre and generation," writes Douglas Martin in the New York Times.

Slate's Meghan O'Rourke recalls how she was initially drawn into the Murrys' world, a world of "cocoa and fraternal telepathy, New England storms and Bunsen burners, a strange old lady paying a midnight call: This was an odd but intriguing world, entirely distinct. And it only got stranger and more distinct as the book went on." There is a magic to L'Engle's work that people never forget, so that the news of her passing wasn't something abstract -- it was more like the loss of a friend. You can sense a reverence in these obituaries, a real love for her books behind all the literary analysis and remarks (good versus evil, Einstein, the cosmos, religion, etc.) that are employed in an attempt to characterize her body of work. What I loved best about her books, besides her ability to create atmosphere, were the little phrases that stuck in your head long after a reading: "kything," "The Might-Have-Beens," "tesseract."

My personal favorite, A Swiftly Tilting Planet, was about the farandolae within the mitochondria, that is to say, about the small, seemingly inconsequential series of actions that can have a chain effect through the ages -- how a move in one direction or the other can change the course of history. The book examined a sort of biological butterfly effect, in which the future of the human race was dependent on the intermarriage and offspring of the two "right" tribes of people (just read it). Characters in the book stayed with me for a long time; a tragic and beautiful element of self-sacrifice in the heretofore written-off Mrs. O'Keefe, who knows far more than she appears to, resonated with me.

There was also something wonderful to me about reading the story of a grown-up Meg Murry, now married to her childhood friend Calvin O'Keefe. There's no reasonable explanation for why that element captivated me, since I was closer to Charles Wallace's age when I read it. I guess I just like the idea that maybe magic didn't disappear completely when you grew up.

But the loveliest thing of all was the connection Meg and Charles Wallace had -- a psychic connection that most siblings have to some degree or another. While we may not all be able literally to "kythe" with our siblings, most of us have created special universes with them, magical worlds created in basements and backyards, worlds only we knew, we named, and we understood. All children create universes of their own, and many, if not most, share them with siblings. I guess we all hope our childhood universes will continue to be magic, even now that we're grown up.
Posted by Andrea Janes at 5:31 PM No comments: 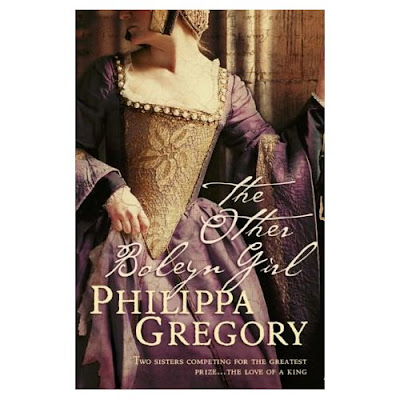 Here's a public service announcement from a fellow spinster, designed to save you from ever plucking this aberration from the book store shelves:


"The quote on the front cover is promising enough that it seems a fair buy for my upcoming book club [editor's note: never went] - a Liz Smith from Newsday claims she read the thing "in one delicious gulp." Seemed plausible and slightly tempting. Until 10 pages in, whereupon I decide Liz Smith is surely a pseudonym for a pre-adolescent girl from Yonkers and Newsday is possibly not as equivalent to the New Yorker as I had supposed.

Philippa Gregory's 'The Other Boleyn Girl: A Novel' (as opposed to what? A poem? An eggplant?) is a bodice-ripping gag-reflex dressed up in some clever graphic design as an eloquent exploration of an age of subtle political change, seismic geographical revelations, and a rift in theological thinking that would rip open the very fabric of western thought. Not to mention the beginning of shifts in consumerism, the arts, architecture, science and thinking on gender and sexuality. In short, a humanist cultural revolution that marked the change from medievalism to the early modern age is boiled down to such insightful passages as:
"He took me in his arms and said delightfully, promisingly: 'We have only a moment, my love: so this shall all be for you.' He would lie me on the bed, unlace my tight dress, caress my breasts, stroke my belly and pleasure me in every way he could think of until I cried out: 'Oh my love! You are the best, you are the best, you are the very, very best.'"

This from the age that brought us More's divinely satiric Utopia and Castiglione's floral dialogue in The Courtier, not to mention early English translations of The Bible and Erasmus' audacious wit. One starts to wonder if Gutenberg was in fact doing us all a service when he cooked up his idea of literacy for the masses. Fat lot of good that's done us, if we've gone from More to Gregory's much, much lesser body of work. (See what I did there? More to less. Get it?... Clearly, Erasmus would have hated my guts.)

Gregory's complete lack of characterization of the many people who needlessly clutter her book drains even the bodice-ripping scenes of any guilty pleasure. It's hard to suspend one's ever-diminishing disbelief when the main character voices-over make-out sessions with: "His tongue slid between my lips and stirred me. I wanted to eat him, I wanted to drink him, and then have him bear me down onto the holystoned boards of the deck and to have me, then and there, and never let me go." It makes one want to lace one's bodice right back up again and go join a nunnery. Shudder.

I won't even touch the larger issue of mistaken macro-history and revisionist feminism being lodged down the reader's throat. Tudor England was unfair to women! Men had the upper-hand! Daughters were subservient to their fathers! First wives get the shaft by upstart young tarts! Yawn. Tell me something we don't know - mainly, the complex social and economic currency of the female gender that still held a surprising amount of sway during this period.

Nonsense, says Gregory. Her main character (Anne Boleyn's sister Mary, natch) is a sassy girl ready to make her way in the unfair world: "For the first time ever I felt as if I had taken my life into my own hands and I could command my own destiny. For once I was obedient neither to uncle nor father nor king, but following my own desires. And I knew that my desire led me, inexorably, to the man I loved." You go, girl! Way to break free from paternalism.
And Gregory's claim in the subsequent 'Reading Group Guide' that she wrote the book so people could understand 'the deep poverty' of the sixteenth-century is truly bizarre, given the minimal number of characters not belonging to the royal inner circle. Those three or four 'poor people' that do poke their heads in for half a page are either mute or useless, adding nothing to either plot or theme.

I'm loathe to do this to you, dear reader, but I must also share Gregory's precious insight that "Margaret Atwood has written novels which have raised the standard of writing. Other writers, me among them, have raised the standards of research." Because she included a sort of bibliography at the back of the book, see? Pity the books date from the 1940s, 50s and 60s. The comparison with Atwood seems....somehow unholy, no?

I guess the 'delicious gulp' quote on the front should of warned me this was a Harlequin romance rather than an actual novel with depth, characterization and, well, plot.
Not to put too fine a point on it, my friends, but I think this reader would rather spit than swallow."