2. Happy Go Lucky (Sally Hawkins portrays a character whose manic joy is a conscious choice -- look at that scene with the schizophrenic when he says, "You know?" and she says, "I know." I'm telling you, that girl's been through some shit, you can see it all there under the surface) 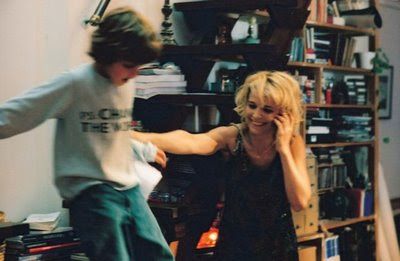 4. The Flight of the Red Balloon (alchemy -- I don't know how this director made me feel the things I felt watching this movie; it can only be magic)

5. A Christmas Tale (Oh, I just want to live in that big house with Catherine Deneuve!)

7. La France (the last scene made me realize that WWI really was the war to end all wars -- nothing was ever the same again, not for nation states, not for this couple, not for anybody ... oh, and I liked the songs) 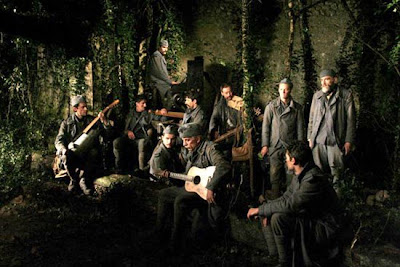 8. My Winnipeg (hilarious and nostalgic and wonderful -- I'll never forget the interlude about tearing down the hockey stadium and I don't even like hockey ... also, Ledge Man? Awesome) 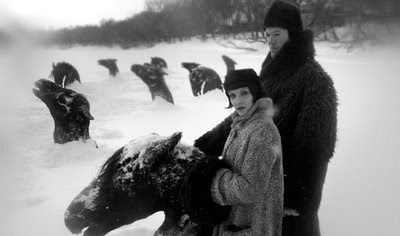 9. Headless Woman (A disturbing psychological mystery with a specific sense of place, and utter fragmentation)

10. Stepbrothers/Gran Torino (Richard Jenkins and Clint Eastwood duke it out for my favorite male perfs this year -- funny and bitter and who knew Jenkins could improv like that?)

Bonus Round:
11. Sparrow (That umbrella sequence? My stars!)
12. Be Kind Rewind (Made me feel more in love with the cinema, know what I mean? I just left the theatre happy!)
13. The Romance of Astree and Celadon (a visual petit-four) 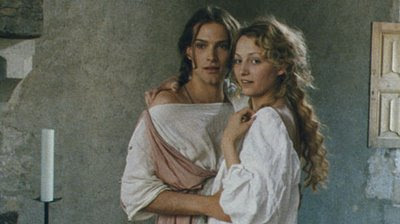 14. The Curious Case of Benjamin Button


Honorable Mentions:
13. Still Life
14. Silent Light
15. Ballast
(The last three all gorgeous films, but I tend to go for belly laughs, sweetness, whimsy and froth, so maybe these were a bit austere for me, though they're still undeniably great)

Still Want to See:
Duchess of Langeais
Milk
Man On Wire
Rachel Getting Married
You The Living
The Class
Of Time and The City

Overrated, I Think:
Reprise (what am I missing? Maybe I spent too much time ogling the cute blonde boy and not enough time paying attention to the movie)
Dark Knight (good but not that freaking great)
Let The Right One In (not that I didn't like it, but ...)
The Last Mistress (ARGH!)
Synecdoche, NY (blah blah blah ... and visually ugly)
Paranoid Park (meh)

*Please note: all lists are unranked.
Posted by Andrea Janes at 12:32 PM

A solid list overall. Methinks you may be making a point with "The House Bunny" on top, given the canonical nature of the rest of the list; if so, I think it is a good strategy. Or, there was just something about "The House Bunny" that you didn't find in the rest - which makes me want to see it even more than I already do.

Of the others, I'm heartened to see Rohmer's "Romance of Astree and Celadon," which strikes me as a fitting goodbye to his period mini-corpus.

On the overrated front I cannot agree more on "Synecdoche, New York"; also, though I liked "Paranoid Park," and suspect that I will prefer it to "Milk," it is still not the masterpiece that some people want it to be - as good as I think it is; and lastly, as much as I really enjoyed "The Dark Knight," it isn't one of the absolute best of 2008 in my opinion as well.

First off, thanks for commenting! I'm starting to get really angry when no one comments, like the bible salesman from the Onion article, "Why Can't I Sell Any of These Fucking Bibles?" I mean, this ain't some piece of shit list, you know?

Moving on, I'm also delighted to think that you think I have a point. I just put the House Bunny on top because it was the first movie I thought of. Very little thought happens in my brain before I start typing.

(Wait a minute ... does "canonical" mean "boring" here? I think it might! Sweet balls!)

Anyhoo, I'm glad you approve, and I hope you like The House Bunny!

Wonderful list! My apologies for reading it so late, and many more apologies for leaving you and Anderson hanging out to dry this past week. My list will be up shortly. After travels to L.A. and the O.C. I am hunkered down before the New Year's Eve celebration for LISTMANIA!!! Anyway, who cares. To the list!

I'm also with you two on the Dark Knight front, which though I liked a lot in theaters, as time passes I remember it less and less fondly. Is that fair to discount the movie in such a manner? Anyway, it's not digesting well even if it was tasty onscreen. But I totally want to fight you guys on the Paranoid Park bit which I loved, loved, loved. That opening shot! Dudes! It sent me head over heels just from the first opening shot, adore it.

I didn't see many of the other movies on your list actually. That makes me feel like a supreme slacker, but so it goes. Step Brothers however fucking kills and it will be on my list as well.

PL, you must make amends and put Be Kind Rewind on your Top 10 list!!!