Hemlines Rise In The East

Czechoslovakia, the dream and the reality; Our growing interstate highway system; Sharks, wolves of the sea; Ecuador-low and lofty land astride the equator. 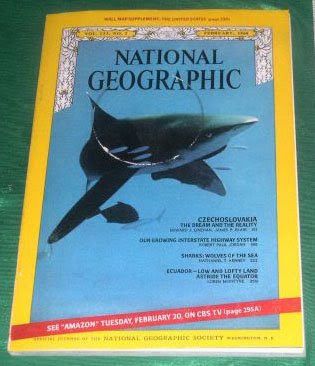 These were the stories in the February 1968 issue of National Geographic, which featured, among other things, a photograph of my mother in a homemade mini-dress in Wenceslas Square. My sister and I have always loved this photograph . One day she told me a story about when mom was young and she saw The Beatles' A Hard Day's Night something like seventeen times. The Beatles were one of the few western rock bands around in the Soviet-ruled land in those days, and she was a huge fan.

Finding this idea captivating, I re-created the scenario (and attempted to re-create the outfit) and took two friends to various NYC locations that, we imagined, could stand in for communist Czechoslovakia circa 1968. While we played fast and loose with history, there are a few things that are true. The movie wasn't released until around 1968 even though it had been released in 1964 worldwide. My mom was a huge Beatles fan (still is). And her style was pretty fly. The sad ending to the story, of course, is that tanks rolled in by the end of the year, leading to twenty more years of bullshit for the Czech and Slovak people. My mother went to Switzerland shortly after, and never went back.
Posted by Andrea Janes at 7:22 PM

What a surprising and wonderful solution to this mystery! I loved this whole sequence!

Does that same issue of NGM also have artwork of a futuristic vision of cars on a highway?

If so could you scan that into this blog as well? I have been looking for that image ever since I was a kid.

Thank you and congrats on your mother making it into the same magazine. A very attractive young woman - though when I saw that issue, I was too young to notice such things. :^)